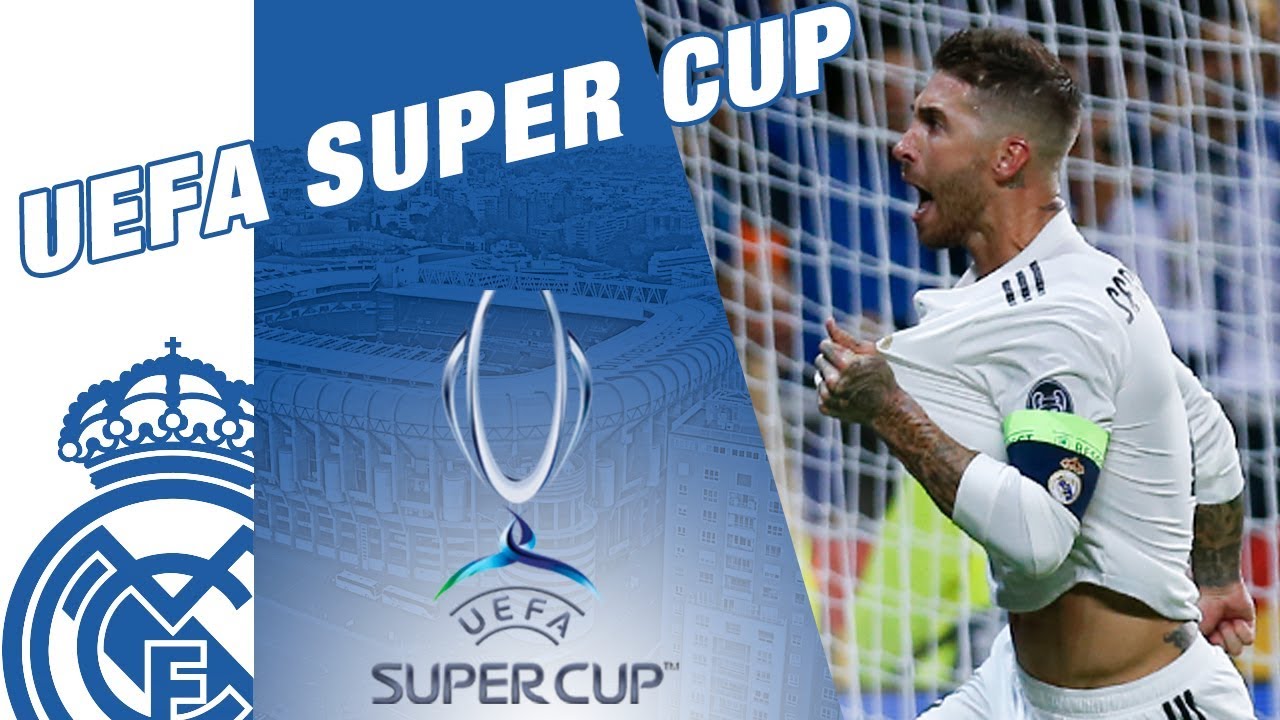 Ball whipped into the box and it's headed out for a corner. Varane races forward as he tries to make a little noise.

Stopped by Lodi and it's out for a throw for Real Madrid. Atletico's good start has started to wane but they're still comfortable defending. Real Madrid haven't created anything.

Cross comes in from Valverde again. It's way off target and Valverde isn't happy with himself as he slaps himself on the head. Felipe gets a yellow card for a foul on Jovic.

Slightly harsh maybe but ref draws the line. A little bit of room now for Madrid as Kroos finds Isco, who plays to Valverde. Ball clipped in and Atletico clear it.

Casemiro crosses it now and it's cleared. Ramos tried to put the ball back to Courtois and Morata nudges him in the back.

Easy decision for the referee. Lodi catches Carvajal in the face as the ball is sent out between them. Late whistle from the referee. Free for Real Madrid.

This is really good from Atletico. Correa with a run deep into their territory in the penalty area now but Ramos covers well and clears. Felix with a pass to Saul and he lets it run before swiping a boot at it.

It comes off Carvajal and out for a corner. Madrid unable to bring the ball out and into the middle in the last 10 minutes.

Atletico are forcing them back quite well. Another instance as Lodi chests down a long pass to Partey and he finds Morata. The former Madrid man rifles it wide of Courtois' post from outside the box.

A sense of panic every time Atletico get the ball in attacking positions. Correa with the ball now and tries to square but Varane blocks it out.

Madrid win it back. More pressure from Atletico in some nice places in the middle and Felix almost pounces. Varane scrapes it back to Courtous.

A penalty shout just seconds later as Morata goes down. Courtois came out and didn't touch him before Morata threw his feet towards the keeper.

Probably should have been booked for a dive. Felix with the best chance of the game yet. Ramos plays the ball straight to Felix at the edge of the square.

And the Portuguese pulls it wide. Ball across the field lands on Modric's chest but he plays it down onto his arm. Free for Atletico. Very tame start to this game.

Atletico with a spell of dominance now. Television pans to Costa, Lemar and Koke in the stands watching the game, all of them injured.

Gimenez goes for the launcher. It's out in Trippier's direction but Mendy uses his body to see it out for a goalkick.

Shot comes in from Modric, off his right foot. Saved by Oblak as the ball makes its way through a tunnel of bodies and heads. Casemiro to Isco and he plays back to Kroos.

Mendy gets it and back to Kroos. Valverde ends up with it out on the right and he flicks it over Lodi before winning a corner. Saul rushed over as help.

Some good pressure from Atletico in the middle as Morata drops to poke the ball off Casemiro. Valverde wins it though and Madrid build again.

A couple of throws in quick succession for Atletico. Herrera bundles Kroos over with the ball in the air and Madrid win a free. Lodi down the lft and Felix picks it up, looks up and makes ground moving inside.

He gives it away but Atletico win a throw. Felix with a nice chance to break but Modric puts him under pressure and wins it back. It results in a Casemiro strike with his left.

He curls it into Oblak's arms. Morata down the right of the penalty area and pops it inside. Carvajal head it away.

Dangerous from Atletico after winning it back from Isco in a dangerous position. Real Madrid with all the ball early on but Atletico win it back now and try to attack.

Trippier prying down the right. Long ball down to Oblak is a handy first touch for him. We kick-off just a touch after but we are officially underway in the Spanish Super Cup final.

It's the fifth Madrid derbi outside of Madrid in the last six years including two Champions League finals, a Spanish Super Cup and a friendly in New Jersey last summer.

They were all really interesting and three of them went to extra-time. The referees stand at the front line.

The players behind them and they are all ready to emerge out onto the field. Teams in the tunnel ahead of their game.

Vrsaljko remember him? Morata also has a hug for his former teammate. A lot of empty seats. A big change from the some of the last finals these teams have played against each other in Lisbon and Milan.

The warm-ups are underway in Jeddah. The temperature in Saudi Arabia is 22 degrees before kick-off and kick-off is at local time so that should drop.

Perfect conditions for a game of football. Zidane hasn't lost any of the eight finals he has played as a coach. He's the coach with the Midas touch in finals.

Modric, Kroos and Casemiro are back in midfield with Isco and Valverde for support today. The Croatian in that pack defines the German in this video.

Simeone decides to leave Herrera and Partey in the middle despite the fact that it didn't really work against Barcelona. Llorente came on and played well but remains on the bench for Simeone.

Zidane opts for five in the middle again and Jovic up top on his own. You wonder if he is thinking about Manchester City with these line-ups as he plans to pack the middle against Pep's side.

The SuperDerbi takes place tonight, or at least that's what it has been dubbed for online purposes.

Is it even a real derby if it doesn't have it's own hashtag? He went back off against though as he re-injured his hamstring.

It gives Simeone the chance to play around with his midfield again today. Herrera came off for him but Marcos Llorente came on and played well.

He would love the chance to play against his former team. Meanwhile, Zidane spoke about how he has become a better coach during his second spell in the Real Madrid dugout.

Simeone says the final and playing against teams like Real Madrid make them a better team. Today might be a good chance for us to see what Zidane is thinking at left-back.

Marcelo is back fully fit but so is Mendy. The Brazilian has been his de facto choice at that position for years but Mendy offers more defensive solidity.

They are better with the French man in the side even if they do lose something going forward, perhaps. He has answered most of them.

Involved in six goals in the last four games and is the spark Simeone's side have needed recently.

No doubt that he gets the start today. Florentino Perez flew in to watch the final and took some time to mingle with the Jeddah fan group ahead of the game.

The rojiblancos hold an edge over their crosstown rivals. Here's a quick preview with injury news and predicted line-ups too.

Real Madrid beat Valencia in their semi-final. And I can hear the cogs churning behind your eyes as to how these four teams ended up in Saudi Arabia when the Spanish Super Cup was traditionally played at the start of the year between the league winners and Copa del Rey winners from the previous years.

Here's how they ended up in a four-team miniature tournament in Saudi Arabia. Hay nuevos mensajes. Ramos to take, obviously.

Buries that one too. Trippier to take and he has to score this. He scores. Modric taking. Partey up next. He absolutely buries it.

That was a special penalty. Rodrygo vs Oblak. He hits the post. Real Madrid with the chance now to make it Saul follows Carvajal up.

Carvajal sends Oblak the wrong way. The first one to take a penaly is Carvajal. Waiting for Oblak. We have added time now after the red card and the skirmish that followed.

Correa with the cross after saved shot. Correa booked too for good measure. Yellows for Carvajal, Savic. And I'm not sure who else. Morata is through on goal!

Valverde cuts him down. RED CARD! Two excellent saves from Oblak. Modric first and then Mariano.

Valverde is still going. He wins a corner for Real Madrid. Trippier cross is blocked by Mendy.

Into the second minute of the first half of extra time. Gimenez taken off for Savic. He throws a wobbler after being substituted. Modric clips Felix and it was in a dangerous position.

No card though. Modric on thin ice now. Mendy seems to catch Correa but no free. The Argentine stays down on the ground. Thomas with the shot from miles out.

Courtois parries. Yellow for Modric for a slide and foul on Trippier. Free is sent in and Madrid get it away but the ball is anyone's now as time runs out.

Mendy booked for a foul on Morata. He catches him with a stray hand. We will have three minutes added on at the end of this one. And then extra-time if necessary. 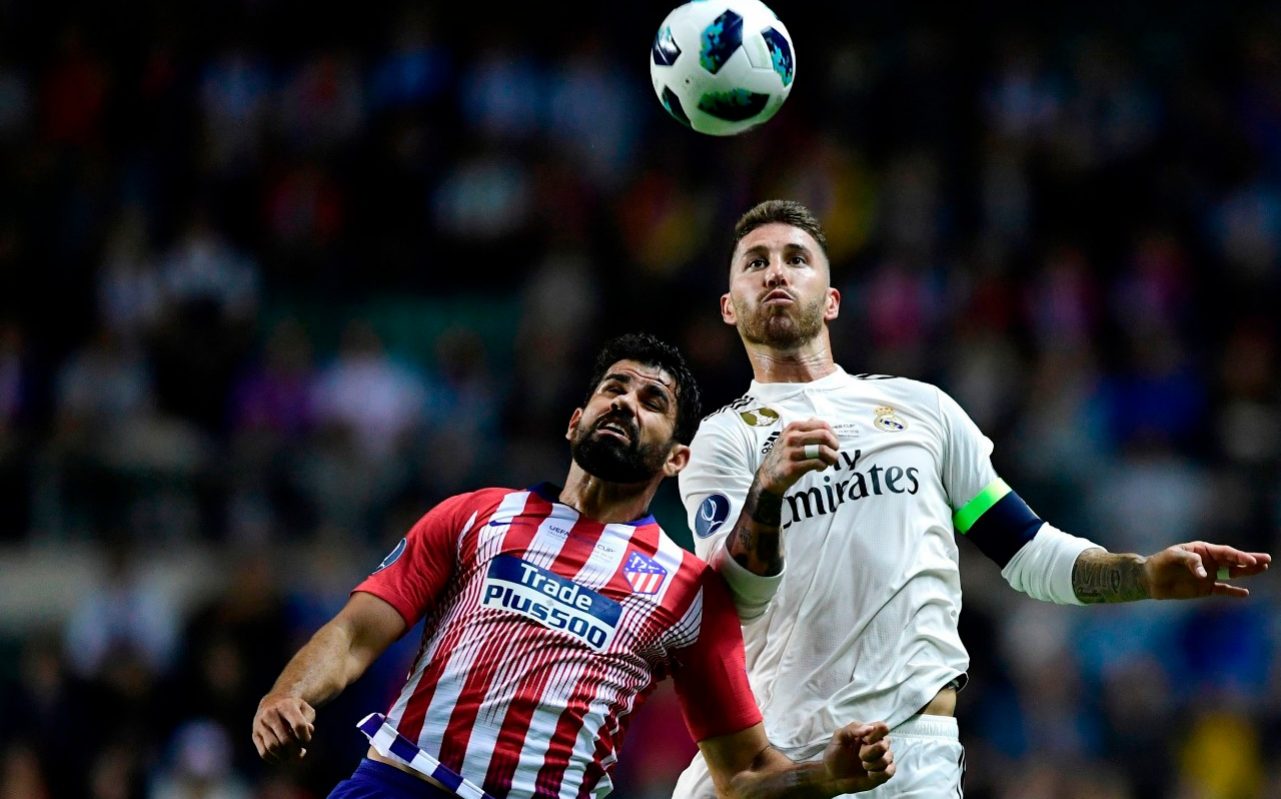